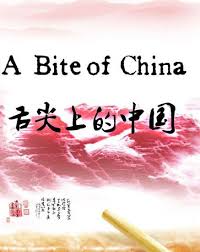 A Bite of China (© CCTV International)

The blogpost below was kindly provided by a former Chinese judge, Jianwei “Jerry” Fang, who practices with a New York-based law firm in Hong Kong.

The Bite of China case

As announced in a press conference on 30 April 2014, the Supreme People’s Court (the Court) has started to issue model cases（典型案例) on a monthly basis to guide the lower courts. On June 23, 2014, the Court issued five model cases decided by lower courts, which included one criminal, two civil and two administrative cases. Among those, the civil case concerning copyright infringement, CCTV International vs. Shanghai TuDou Network Technology Co., Ltd. (news report linked here and case description here), has been closely watched by and is of particular interest to practitioners, especially  intellectual property lawyers.

A Bite of China (舌尖上的中国) is a documentary series on Chinese food produced by China Central Television Station (“CCTV”) that is very famous in China. The series was first broadcast in May 2012 and became a very popular and well-known show in China. CCTV granted the copyright of the documentary series to CCTV International Network Co. Ltd. (“CCTV International”). However, it was found that within a week of the original broadcasting, the show had appeared on the website of TuDou.com, the famous video portal operated by Shanghai TuDou Network Technology Co., Ltd. (“TuDou Network”). After securing the evidence with help from the notary office, CCTV International sued TuDou Network for damages and reasonable costs of RMB 850,000.

Is TuDou Network liable for providing storage of the copyrighted video on its site, and if so, how should damages be determined?

The defendant is liable and ordered to pay damages of RMB 240,000 and reasonable costs of RMB 8,000.

The documentary series is in the category of cinematographic works and works created by a process analogous to cinematography, and is therefore protected by the PRC Copyright Law. The defendant provided an online on-demand link to the show without proper authorization from the copyright owner, which is a typical infringement of copyright though internet broadcasting and therefore he bears liability for infringement. While the defendant argued that the video was uploaded by an internet user, the courts found that the defendant failed to provide evidence to support its argument. The courts reasoned that because that the portal is required to control and manage the information and identity of the uploader, the website has the burden of proof. Since the defendant had deleted the original uploading information on its own, it should bear the adverse legal consequences.

This case is a typical copyright infringement through internet sharing. In assessing the damages, the courts considered the copyright type, social recognition of the video, the nature of the infringement action, as well as the internet portal’s operational size, business model and influences, among other factors. The damages of RMB 240,000 can help to compensate the copyright owner, and force internet video portal operators to discipline themselves and manage their business. This case shows the trends of increased protection of intellectual properties, and serves as a warning to other internet video copyright infringers.

While model cases are not binding on judges deciding subsequent cases, they will likely influence the decision of judges considering cases of similar type and with similar facts. Most Chinese judges I know would agree with this view. Back in 2006 when I was a junior judge at a trial court in Zhejiang, I wrote an article discussing the possibility of judicial precedent in China in the Chinese academic journal Public Administration & Law (2006-1). In my view, since I left the court to study and to work in private practice, the Chinese judiciary has made a lot of improvement and progress, which I applaud.