The Supreme People’s Court and Supreme People’s Procuratorate are together drafting a judicial interpretation on Article 399a of the Criminal Law, the crime of “twisting the law in arbitration.”  My understanding is that one of the criminal law divisions of the Supreme People’s Court is involved in the drafting, rather than the #4 civil division, well-known internationally for its expertise in arbitration issues. According to an article published by the Guiyang Arbitration Commission, in late April, the State Council Legislative Affairs Office distributed the draft to some arbitration commissions for comment.  Given the many legal issues it raises for domestic and foreign arbitrators (and the Chinese government’s international/regional obligations), it should be issued publicly for comment.

What is Article 399a of the Criminal Law?

Article 399a, is part of  Chapter IX:  Crimes of Dereliction of Duty.

Article 399a,  (which seems to have been drawn from analogous provisions in Japanese and Taiwan law), was promulgated despite protests from the arbitration community. Harsh criticism continues to be published (in Chinese), such as Professor Song Lianbin’s Critical Analysis of the Crime of Deliberately Rendering an Arbitral Award in Violation of Law. Recently, Duan Xiaosong, a Chinese law lecturer, published an article in a US law review on Article 399a, but the article apparently did not catch the attention of international practitioners.

Because this judicial interpretation has implications for China’s obligations under the Convention on the Recognition and Enforcement of Foreign Arbitral Awards (the New York Convention) and the analogous arrangement with Hong Kong, the draft should be made public so that the greater arbitration community, domestic and foreign, is able to provide detailed analysis and commentary on it. This is the interests of the international and Chinese legal communities.

New docketing procedures (case filing) (立案) have come to the Chinese courts.  Chinese courts have a separate case filing divisions, which up until 1 May of this year acted as gatekeepers to courts.  They exercised their approval authority over cases in a non-transparent manner, which meant for litigants in Chinese courts that their cases could be and were rejected without having the opportunity to argue why they should be accepted.  Case filing divisions also were known to put troublesome filings aside, without issuing a rejection, or repeatedly asked for supplementary documents, seeking to drive away litigants by repeated formalistic demands.

More background is given in these blog posts and law review article.  It has been an ongoing problem for many years, provoking endless complaints and articles by ordinary people, lawyers, academics, and NGOs, and has been one of the issues driving petitioners to the streets.

The Supreme People’s Court (Court) leadership identified case filing as one of the needed reforms (and as one of the many contributing factors to the low prestige of the Chinese judiciary), even before the Third Plenum. Because of that, the Communist Party’s 4th Plenum Decision and the 4th Five Year Court Reform Plan flagged this as a priority.  (Unsurprisingly), the language in the two documents is almost identical: Litigants in line at the #1 Circuit Tribunal

In late April, the Court issued case filing regulations which address many of the longstanding problems that litigants and their lawyers faced:

The new rules require case filing divisions to accept filings of civil and criminal private prosecution cases (brought by the victim of a crime if the state refuses to prosecute, generally relating to minor crimes) on the spot if possible, provide templates for frequently used types of cases, and to respond within statutory deadlines.  Case filing divisions are directed to make requests for supplementary materials once. (The new administrative litigation law judicial interpretation, described in this earlier blogpost, contains similar provisions.) Litigants who encounter noncompliant behavior can file a complaint with the relevant court or the court above it.

Cases that the courts must refuse:

Rights activists have likely noticed that these carveouts are broad and flexible enough to keep out some cases that they might want to bring.

The take-up on the reform: some “Big Data”

According to Court statistics, in the first month since the regulations went into effect, there was a 30% jump in the number of cases accepted,(1.13 million), with most of them accepted immediately. The Jiangsu, Zhejiang, and Shandong courts accepted over 80,000 cases, with Beijing, Hebei, and other areas accepting over 40,000.

Much of the press coverage has been about litigants filing cases themselves, rather than with the assistance of a lawyer or other legal personnel, but I haven’t seen statistics that address this. 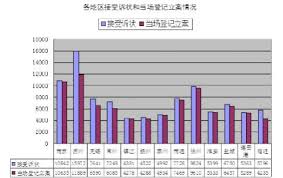 May, 2015 cases accepted, by location

An evaluation after six weeks

Some thoughts about the case filing reform

My article in The Diplomat on shadow banking disputes was recently published. It highlights what few outside of China have noticed–that shadow banking/private lending disputes account for a substantial proportion of civil/commercial disputes in Chinese courts, creating a particular burden on the courts.  In some places, the percentage hovers close to 50%!  These disputes raise a range of issues and the law is particularly unclear.  Although some provincial (and municipal) courts have issued guidance in the absence of a more detailed judicial interpretation, the lower courts are looking to the Supreme People’s Court for a more comprehensive national legal framework.