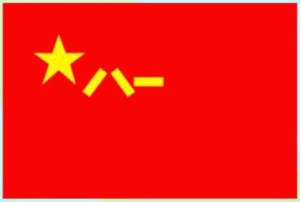 The Supreme People’s Court Observer contributed a post to the Global Military Justice Reform blog.  It looks at the improvements that Chinese military experts see as necessary to improve military law as a part of the government’s plans for reforming and modernizing China’s national defense establishment and People’s Liberation Army.  The post sets out the issues involved.

In late April, the Supreme People’s Court, the Supreme People’s Procuratorate, and three central government agencies issued a document focusing on medical-related disputes and crimes committed within China’s medical system, along with four typical cases(典型案例).   (I flagged the importance of the issue of medical disputes and crimes in a post late last year and have discussed typical cases here.)  The document：

Why was this document issued?

The document was issued to deal with the increasing number of disputes and especially the violence in the Chinese medical system, that have been reported and explained by a variety of sources, including the Lancet, BloombergBusinessweek, and the Atlantic. The Chinese press (also academics outside of China and foreign press) has run many stories on “medical troublemakers” (医闹) –either disgruntled patients or their families or people especially hired to make trouble in a hospital to embarrass the hospital to making a large settlement. Why?  As Wan Xin, a member of the Council of the Chinese Medical Law Association is quoted in a Xinhua press release as saying: “if you make little trouble, you get little money, make big trouble, you get big money, if you don’t make trouble, you don’t get money” (小闹小给钱， 大闹给大钱， 不闹不给钱).

The document, clunkily named  “Opinion on strictly punishing according to law illegal and criminal acts relating to the medical system and upholding normal medical order” (关于依法惩处涉医违法犯罪维护正常医疗秩序的意见) (the Opinion), was issued by the following government agencies in addition to the Court:

The Opinion is what in Chinese is called a normative document（规范性文件). As I discussed in an earlier blogpost, the Court often issues them (and has done so for many years). They contain legal rules and policy statements and have different titles from judicial interpretations, in this case “Opinion”.

This document, for example, does not fit the legal definition of a judicial interpretation because it is issued with three State Council ministries/commissions, that is three agencies not authorized to issue judicial interpretations.   The rationale for this practice is that officials of the administrative organ involved will comply only if their administrative organ jointly issues it with the Court and requires compliance of its subordinates, which in this matter includes the hospitals and other parts of the medical system, the police, and the people’s mediation committees.  Normative documents also address issues, such as this one, where the law is unsettled and are also on the political agenda.

What the Opinion says and does not say

The substance of the Opinion is in two sections.

Section 2 describes six sets of offenses commonly committed, how they should be punished and what different parts of the justice system should do.  Those offenses are:

For each offense, a range of punishments is described, ranging from administrative penalties under the Law on Administrative Penalties for Public Security to criminal punishment.

Section 3 focuses on preventing medical related disputes and improving the way they are resolved.  In particular, the health authorities are directed to improve the quality of medical services, their own monitoring of medical institutions, the compliance of medical institutions with medical legislation and medical codes, improve the protection of patient’s right to privacy, right to know, right to choose, and other rights, and push the establishment of better channels of communication with patients. The Opinion calls for a three track system for resolving medical disputes:

The Opinion does not call for improving legal rules dealing with medical issues.  (But see more about this below.)

Disputes involving the medical system have increased in number and severity in the last few years.  Violent crimes committed by patients and/or their families have increased, capturing national attention.  In the Third Plenum Decision, the Central Committee called on the government to address the underlying issues:

Reform of the medical and health care system shall be deepened. The comprehensive reform of medical security, medical services, public health, drug supply and regulatory system shall be pushed forward in a coordinated manner…Efforts shall be made to improve the work system linking people’s mediation, administrative mediation and judicial mediation, and set up a comprehensive mechanism for mediating, handling and resolving conflicts and disputes.

The Opinion does not address the inadequacies in existing medical malpractice legislation.  (This has been the topic of several law review  articles in English (also in medical academic literature) and many more articles in Chinese, including on Chinese social media. Although the Tort Liability Law contains basic principles, the law itself and its related judicial interpretation do not have sufficiently detailed rules on issues such as:

Therefore, these cases drag on in the courts, and Wan Xin noted that a wait of two or three years to resolve these cases is not unusual.  A Beijing judge, writing on social media, noted that medical malpractice cases in his district are “many, difficult, and volatile” (多，难， 激).

The lower courts have to cope with the increase in medical malpractice litigation, because patients are increasingly aware that litigation may result in a more favorable settlement than mediation.  Some local courts have issued court rules to deal with some of these issues. Some of the outstanding questions are:

In a press conference on 30 April, the Supreme People’s Court (the Court) announced that it will more systematically use model (typical) cases (典型案例) to guide the lower courts. The Court is increasingly using model/typical cases.  My recent blogpost  explains what model cases are, which courts issue them and the authority of model cases.

One of the initiatives the Court highlighted in its October 2013 judicial reform plan is “expanding fully the important role of leading cases and cases for reference.” because its leadership considers model cases an important supplement to legislation, judicial interpretations, and “guiding cases” (a special category of cases so designated by the Court).  Mark Cohen, of chinaipr.com, has blogged on the Court’s use of model cases in the area of intellectual property law.

The Court will issue at least five model/typical cases on a monthly basis, selected from cases submitted by the lower courts.  The cases can be accessed through the Court’s Cases in Chinese Courts portal. The ones on the website are currently limited to those issued in 2013 and 2014.  Unfortunately, a search functions appears lacking.  Despite the limitations, it is a further development in the use of case law “with Chinese characteristics.”