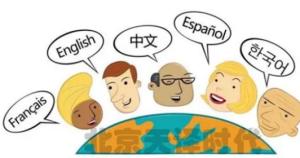 When I write about the Supreme People’s Court (SPC), like many others writing about Chinese law in English, I face translation issues, as legal concepts are embedded in language.  The challenge is to find appropriate legal terminology in English for PRC Chinese legal concepts, an issue that “brother” blogger and creator of the Chinalawtranslate.com blog Jeremy Daum, and more broadly, anyone dealing with the Chinese legal system confronts directly.

9. 专门法院: He Fan notes that “Special Court” is sometimes seen but “Specialized Court” is more accurate，and won’t be mistaken for special tribunal。

In his first Wechat article, He Fan splits internal court institutions into those designated by law and other ones, but this blogpost will disregard that distinction.

Chinalawtranslate’s glossary and links to other resources;

As cited by He Fan: