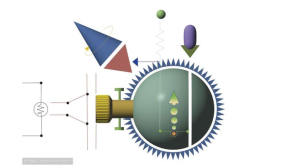 On 11 October, the Supreme People’s Court (SPC)  issued brief guidance establishing a mechanism for resolving its inconsistent decisions, entitled “Implementing Measures on Establishing a Mechanism for Resolving Differences in the Application of Law (Implementing Measures) (关于建立法律适用分歧解决机制的实施办法).  The guidance did not appear in Chinese legal media until the end of October. The intent of the guidance is to create a mechanism to resolve the old problem of inconsistent court decisions concerning the same issue (same cases decided differently 同案不同判) made by Chinese courts and even within the SPC. Widespread use of the SPC’s judgments database has brought this phenomenon to greater public attention.  With the explosion in the number of cases in the Chinese courts and in the SPC in particular in recent years, the issue of divergent views within the SPC on the same issue is likely to be occurring even more frequently.  The concern about uniformity or consistency of judicial decisions has its roots in the traditional Chinese legal system and is an ongoing topic of discussion among Chinese judges, legal practitioners, legal academics, and law students.

#23….Complete and improve working mechanisms for the uniform application of law.

The Implementing Measures, which went into effect on 28 October,  provide that if certain SPC entities or lower courts discover that the SPC has issued valid judgments (判决) or rulings (裁定) (the Chinese term is “生效裁判”) which apply the law differently (存在法律适用分歧), or an ongoing case may result in the later decision applying the law differently from that in a previous SPC case, the matter should be brought to the attention of the SPC judicial committee through an application process managed by the Trial Management Office.

Article 1 of the Implementing Measures designates the SPC judicial committee (also translated as adjudication committee 审判委员会) as the institution to resolve and guide differences in the application of law.

Article 2 authorize  operational divisions of the SPC (业务部门), the higher people’s courts and specialized people’s courts to submit an application to the SPC’s Trial Management Office which may be eventually considered by the SPC’s judicial committee if either:

Article 3 authorizes the China Institute of Applied Jurisprudence  (CIAJ) to submit an application to the Trial Management Office if it encounters differences in the application of law in effective judgments of the SPC that it encounters during its focused research work on like cases decided consistently (类案同判专项研究).

If the Trial Management Office determines the matter should be accepted (project initiation) (立项), that office is required to refer the matter to the CIAJ, which is required to provide an initial view to the Trial Management Office within five working days.  Presumably, they will do little additional research and will focus on reviewing the materials submitted by the entity involved.  In some situations, it appears to put CIAJ in the odd position of reviewing its own work.  The Trial Management Office forwards the initial view of the CIAJ to the SPC operational division involved for further review and response.  The operational division involved may involve experts in needed. The operational division should draft a response (复审意见) in a timely manner to the Trial Management Office, which should submit a request to an SPC leader (presumably the relevant SPC vice president) to place the matter on the judicial committee agenda.  Once the judicial committee makes a decision, the entity that applied for a determination is to be informed.  The Trial Management Office is required to provide a proposal containing the form and scope of the decision by the judicial committee for approval (提出发布形式与发布范围意见).  It can be anticipated that determinations on non-sensitive topics may be made public, while those on more sensitive topics will be distributed either solely within the court system or to a relevant category of judges. Article 11 of the Implementing Measures requires SPC operational divisions, local courts, and specialized courts to make reference and implement (参照执行) the SPC judicial committee’s decision in the course of their work. Presumably that will depend on how widely distributed the determination is.

In my view, the mechanism is a microcosm of themes reflecting how the SPC operates.  As mentioned above, the SPC decides (either through judgments or rulings) large numbers of cases yearly, and the SPC responds to an unknown number of requests for instructions (请示), mostly on legal issues, which means that in practice that issues on the same body of law may be determined by different divisions of the SPC or different teams of SPC judges. So differences in legal issues may arise either through litigation or court administrative-type procedures. While SPC judges in practice (as I understand it) search for similar cases, it is inevitable that different people have different views on legal issues.  Unlike some other legal systems, the SPC has not evolved an en banc or enlarged panel of judges (this description of how France’s highest court operates provides a good example) as the final institution for resolving these issues.  Designating the SPC’s judicial committee reflects the traditional administrative way (官本位) that SPC makes major decisions concerning legal issues.  As I described in a recent blogpost, the members of the SPC’s judicial committee are its senior leaders.

I surmise that many of the differences in views will be resolved before the matters reach the judicial committee.  In comments made on the Implementing Measures, Justice He Xiaorong (head of the #2 Circuit Court) mentions that he has inaugurated a system of enlarged panels of judges that include those with a public law and private law background, and familiar with civil, criminal, and administrative law, to consider cases involving difficult issues. That system will reduce somewhat the pipeline of issues possibly entering this mechanism.  For those issues that enter the mechanism, it is possible that opposing views may be harmonized when the operational division of the SPC needs to respond to the points summarized by the CIAJ.  I predict that relatively few questions will go to the SPC judicial committee itself.  The mechanism may have been designed with that goal in mind or may have that impact.

Additionally, from my reading of the Implementing Measures, the drafting could have benefited from more input from greater input either within the SPC or without, which could have avoided some of the problems I point out below. I surmise that the drafters were so used to the terminology used within the SPC, they did not realize that lack of clarity will confuse the lower courts and the greater legal community, for whom this system may have practical implications. In particular, the Implementing Measures: 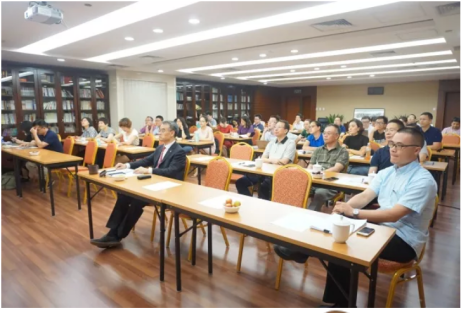