The bar chart above, from the divorce report, shows the number of divorce cases heard in the courts in 2014-September, 2016, stating that the 2016 cases have increased almost 11% over the same time the year before. A subsequent chart shows that domestic violence as the cause for divorce in 27.8% of cases.

The reports appear to be products of the recently established SPC big data company.  The analysis in the reports is restricted to bullet points, rather the more detailed analytical reports that are found on the websites/Wechat public accounts of courts and lawyers.  (Suggestion to (any) readers from the SPC–  translations of these reports would be a useful addition to the English version of the SPC’s website).

Anyone looking for more than current statistics and basic analysis is advised to search for more detailed analysis done by law firms, local courts, some of the legal media companies, and some of the other divisions of the SPC.  On the topic of divorce, for example, an SPC judge published this analysis earlier this year, generally considered to be the most authoritative summary of the issues in Chinese divorce law.

The Court Reform Plan signals that the stress is on judicial statistics and using big data for internal use rather than for public access, as “complete information” is not provided to the public, with death penalty statistics the best-known example. Although judicial transparency is greater before (especially for those of us with a historical perspective), from time to time SPC media sources reiterate that judicial personnel are required to keep state secrets (as the Judges Law and other legislation require). 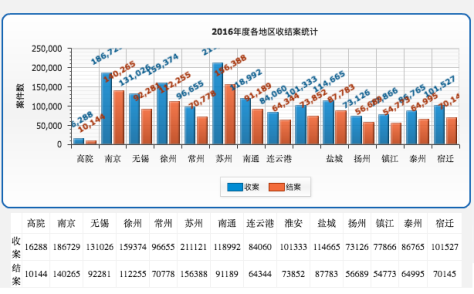 Many law firms publish big data analysis of specific types of cases in their area of practice, such as this analysis of credit card fraud cases in Guangzhou (22% of the defendants were represented by counsel) and drug cases in Guangzhou (less than 15% represented by counsel). An analysis of drug cases in Guangdong (Jieyang, a center for the  methamphetamine business) by the local court, has important insights into the routinization of criminal justice, the inadequacy of court judgments, and the way that the trial itself and the role of defense counsel (if hired) is marginalized.

Big data analyses can be found in a range of substantive areas, ranging from finance disputes to construction disputes, some by law firms and others by local courts.  My fellow blogger, Mark Cohen, recently highlighted the data analysis provided by IPHouse, a firm started by a former SIPO Commissioner.  They are useful to the lawyer/in-house counsel planning or considering litigation strategy, as well as for policy-makers and academics. Each provides a glimpse of how (and sometimes why)  the Chinese legal system works as it does.

Approved by the 1686th meeting of the Judicial Committee of the Supreme People’s Court, in effect from 24 June 2016

To the Henan Higher People’s Court:

We have received your request for instructions concerning the application of Article 225(2) of the Criminal Procedure. After consideration, we respond as follows:

What is this and what does this mean?

This is a judicial interpretation by the SPC in the form of a reply, as explained here.  It is a reply (批复) to a “request for instructions” from a lower court relating to an issue of general application in a specific case.  The Henan Higher People’s Court had submitted a request for instructions, likely with two or more views on the issue, but the lower court’s request is not publicly available.  It is likely that practice among provincial courts had been inconsistent, and therefore the SPC is harmonizing judicial practice through this reply.  As required by the SPC’s  regulations on judicial interpretations, it must be approved by the SPC’s judicial committee as a judicial interpretation.

This gives further details to the SPC’s capital review procedures, requiring second instance (generally provincial level courts) to hear retrials of cases remanded by the SPC and not instructing those courts not send cases back to the first instance court for retrial.  It also requires the second instance court to rule on a defendant’s appeal or procuratorate’s protest and not remand the case back to the first instance court, expediting the final consideration of these cases and limiting the number of remands of these cases.

Is this a positive development for the protection of the rights of the defendants (the defendants in the typical drugs cases announced by the SPC recently were mostly peasants), by requiring the second instance court to hear these cases, away from the public pressure where the crime occurred?  In a 2013 article, criminal defense lawyer Sun Zhongwei described the pressure on a local first and second instance court is under from the victim’s family and the local Party committee and government, and how the institutions use delay and remanding the case to the procuratorate and public security for additional investigation to avoid making difficult decisions that will alienate local authorities.What has the role of defense counsel been in these cases?  Have most defendants been advised by counsel? Was the delay in final resolution in these cases an issue discussed by the Central Political Legal Committee?

What was the rationale for issuing this interpretation at this time?  Is it a measure to promote the efficiency of the courts, by expediting finality in criminal punishment, so that the courts can announce in a timely manner their crime fighting accomplishments and typical cases?A headline on one of the SPC’s websites  reporting on 30% increase in drugs crime convictions in the provincial level courts may indicate which is valued more–“People’s courts across the country cracked down hard on drug crime.”

Or is it linked to planned reforms to the criminal justice system and improvements to the legal aid system for criminal defendants approved by Xi Jinping and other top leaders on 27 June?

This short blogpost follows up on the recent report on the same topic in the  Diplomat.

In late May, the Supreme People’s Court issued a conference summary on drug crimes (全国法院毒品犯罪审判工作座谈会纪要) setting out further guidance to the lower courts on trying drug cases (for those diving deeper into the subject, a transcript of comments by an official of the #5 criminal division follows the text of the conference summary).

Conference summaries are what the Court entitles “normative documents” and often address new issues or areas of law in which the law is not settled.   “Conference summaries” are also a form of Communist Party/government document.  Conference summaries are not considered “judicial interpretations” and are not required to be made public.  The full text was not generally issued in the legal press but has appeared in social media. This blogpost will look further into the conference summary and what it implies.

A national drug crimes court conference was held in December, 2014, with delegates both from the military and civilian courts.   Although the actual number of drug cases heard in the military courts is unknown, they do occur, as indicated by a press report of a man sentenced in Anhui for selling drugs, who had previously been convicted by a military court in Lanzhou for selling drugs (and other offenses).

The Court organized the conference to ensure that the lower courts were trying drug crimes in line with the latest national policy on the matter and to harmonize lower court practice.  That national policy is set out in the first Central Committee/State Council policy document on drug crimes, issued in July, 2014, and the content appears to be sensitive enough that the full text has not been published. “Harmonizing court practice” means in  Chinese judicial parlance that judges are applying the law similarly. As explained earlier, judicial conferences are an important way of doing so. The conference summary, which was circulated among conference participants (and the Court leadership) sets out guidelines for judges on difficult issues, including the death penalty.

According to a 2011 Court research report, the profile of those committing drug crimes is:

As Chinese people become wealthier (and the economy becomes more internationalized), drug use (and the illegal drug industry) is growing correspondingly.  As in legal goods, some illegal drug  manufacturing has moved to China.  Although last July’s high level document calls for a three year plan to control illegal drugs, it seems more likely that we will continue to see an increase in drug cases heard in the Chinese courts and capital punishment applied to the most major offenders.