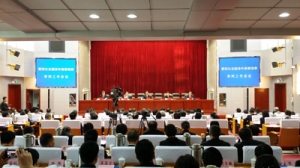 The integration of China with the outside world through investment, trading, shipping, and licensing, inevitably (in some cases) leads to litigation in a Chinese courtroom (even if a contract has an arbitration clause), as companies large and small have found out.  Some recent examples are listed below:

The Supreme People’s Court (Court) recently held its 4th National Work Conference on Foreign-Related Commercial and Maritime Adjudication (4th National Work Conference) in early November, shortly after the 4th Plenum. This is a conference that the Court organizes occasionally for judges hearing  commercial and maritime cases involving foreign parties. The Court uses work conferences to transmit the latest central legal policy, harmonize court practices consistent with those policies, and find out what the latest difficult legal issues are. (This is a practice similar to other Party/government agencies).

The 4th National Work Conference highlighted some of the provisions of the 4th Plenum:

Additionally, the Court emphasized other principles  such as —

Some background if you need it

“Foreign-related” is a concept of many years standing that means that a foreign element is involved, because of a party’s nationality, location of the property disputed, or other factors (as explained here).The concept of “foreign-related” further relates to other important questions, such as selecting arbitration outside of China and foreign governing law.

Status update on foreign-related cases in the Chinese courts

In China, 203 intermediate and 204 basic level courts have jurisdiction over first instance foreign-related cases.  In the period 2010-end June 2014, the Chinese courts heard 287,262 first and second instance cases foreign-related maritime and commercial cases, an increase of 41% over the previous period. The cases are mostly heard by courts in coastal areas, but as foreign investment goes inland, disputes inevitably follow.

Head’s up for the foreign legal community

Following the Work Conference, Judge Luo Dongchuan, head of the #4 Civil Tribunal of the Court, was interviewed by Legal Daily. Judge Luo mentioned many important future legal developments, highlighted below.

Judge Luo mentioned that the Court is researching the recognition and enforcement of foreign court judgments involving property.  (This appears to be at an early stage.)

Because arbitration is so important, the Chinese courts will try to uphold the validity of vague [poorly drafted!] arbitration clauses.

The Court intends to reform jurisdiction in judicial review of arbitration issues, to consolidate them in specialized courts, expanding the pilot projects underway in Guangdong, Inner Mongolia, and elsewhere (as designated by the Court.  Earlier this year, the Guangdong Higher People’s Court published a report on its experience so far.

The Court is considering establishing an electronic platform for foreign-related cases.  This may relate to making litigation procedures for parties more transparent.

Some unsolicited suggestions for the Supreme People’s Court