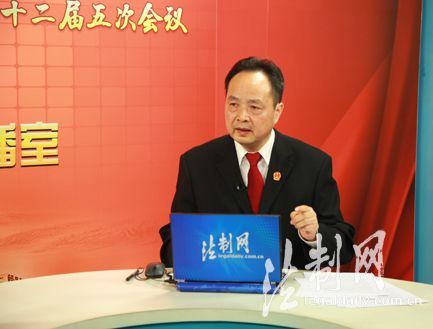 Judge Zhang Yongjian, chief judge of the Supreme People’s Court (SPC)’s #4 Civil Division (responsible for foreign, Hong Kong, Macau, and Taiwan related commercial issues) previously featured on this blog, gave an interview to Legal Daily on the sidelines of the NPC meeting. This quick blogpost sets out some of the useful information from the interview:

He provided some data on the number of cross border cases:

(As this observer has previously predicted), the number of cases related to One Belt One Road (OBOR) is increasing relatively quickly, while the number involving the United States, Britain, Germany, are decline. Cross-border project contracting and international logistics related cases are on the increase, as well as foreign-related intellectual property cases and maritime cases. Although Judge Zhang did not say so, it appears that many of these disputes are related to Chinese companies going out as well as OBOR, and may reflect inadequate documentation of the projects. The increase in maritime cases is linked to the ongoing decline in the shipping industry.  Chinese maritime courts have heard cases related to the Hanjin bankruptcy as well as large numbers of cases involving ship crew.

Judge Zhang highlighted the solutions for the Chinese courts in dealing with the difficulties:

Judge Zhang signalled that they want to establish an English language website on foreign-related civil and commercial matters.  It is hoped that this new website will post information in a more timely manner than the current SPC English language website. An (unsolicited) recommendation is to hire an expatriate editor (similar to Xinhua and other Chinese media outlets) to assist in delivering content that meets institutional requirements and interests the foreign user.

All these developments relate back to one sentence in the Fourth Plenum Decision:

Vigorously participate in the formulation of international norms, promote the handling of foreign-related economic and social affairs according to the law, strengthen our country’s discourse power and influence in international legal affairs, use legal methods to safeguard our country’s sovereignty, security, and development interests.